The International Financial Reporting Standards (IFRS) is a set of international accounting standards stating how particular types of transactions and other events should be reported in financial statements. More than 100 countries, including countries in the European Union, use the IFRS rules put forth by the International Accounting Standards Board (IASB). While the U.S. Securities and Exchange Commission (SEC) has not decided whether to adopt IFRS, it’s likely that some of the IFRS rules will be incorporated into the U.S. Generally Accepted Accounting Principles (GAAP).

As it pertains to appraisal, IFRS requires that public companies’ assets, including machinery and equipment, are recorded according to fair market value, and requires that an independent appraiser be used in the majority of cases to determine a fair market value of the assets. The valuation is required in order to adequately depict the financial status of the company. Below are some of the key differences between IFRS and GAAP.

Carrying Value of Assets  Under GAAP, assets are generally carried at historical cost (with a few exceptions for certain financial instruments), whereas under IFRS, historical cost is the primary basis of accounting. The ability to revalue assets (to fair market value) is allowed, though. By revaluing assets, there may be significant differences in the carrying value of these assets versus GAAP. Depreciation  IFRS requires that separate, significant components of an item of property, plant, or equipment be recorded and depreciated separately. If an asset has multiple aspects, each with different “lives,” the asset must be depreciated in segments, rather than as a whole. IFRS annually evaluates the residual value of an asset at the balance sheet date.

To learn more about IFRS and appraisal and EquipNet’s appraisal services, click here. 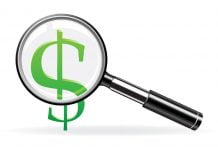