Home Pharma/Biotech Pharmaceutical Approvals Down in 2012

According to a recent report issued by Fitch Ratings, a fewer pharmaceutical drugs will be approved in 2012 than were approved in 2011. Already, in the first half of the year, only 14 drugs have been approved this year, compared to 18 last year. The

speed at which drugs move through the testing phase has slowed, and testing for several drugs has stopped due to patient safety issues.

When the testing process for a new drug is stopped, it happens quickly. Often, sponsors of a drug trial don’t tell a clinical site that a cancellation is a possibility. Instead, they tell the lab only when the final decision to halt is made. This leaves labs scrambling to react in a very short period of time.

Often, labs that have to close quickly ask

EquipNet for help. We can help pharmaceutical companies move equipment from one lab to another that can use it, store equipment for later use, or sell equipment to another facility, all with a fast turn-around time. If your company is facing a situation like this, contact us or check out our Facility Closure Resource Center to find out how we can help. 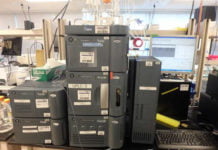 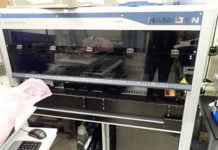 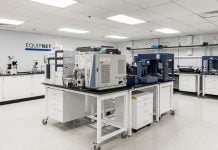 How Does a Mass Spectrometer Work?

CBD: The Latest Trend in the Personal Care Industry