A few years ago, BPA, which is a chemical commonly found in plastics, was discovered to be an endocrine disrupter. Once its health effects were discovered, BPA was quickly eliminated from plastic baby bottles and other types of BPA-free plastics were made available to consumers. BPA-free labels make it fairly simple for consumers to avoid purchasing baby bottles and water bottles that contain this unwanted chemical, but there’s another source of BPA that consumers often

don’t think about. Cans are typically lined with BPA-containing plastic in order to prevent the can from affecting the taste of the food within. It is particularly important for pregnant women and infants to avoid BPA because rapid fetal and infant development makes them particularly vulnerable to the effects of BPA. Unfortunately, formula cans are lined with plastic, which makes it impossible for formula-fed infants to avoid BPA exposure. Maine recently announced that it might take a step in the right direction by banning the use of BPA-containing plastics in formula containers, baby food jars, and baby food lids.

When states make regulation changes like these, manufacturers have to react relatively quickly by changing their manufacturing processes. They have to decide if new equipment must be purchased so that they can adhere to the new regulations or if their current equipment can be changed to meet new state laws. It could also be possible to move equipment that no longer meets state regulations into a facility with different regulations. In order to move equipment between a company’s facilities smoothly

and easily, an asset management system is essential. Contact EquipNet today about how we can help you put one in place. 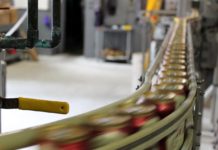 The Food and Beverage Industry, Technology, and How the Coronavirus is Affecting It All 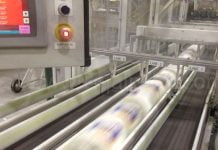 Common Types of Conveyors and Their Applications

Trends Shaping the Future of Manufacturing

CBD: The Latest Trend in the Personal Care Industry